The cyber-attack chain (also referred to as the cyber kill chain) is a way to understand the sequence of events involved in an external attack on an organization’s IT environment. Understanding the cyber-attack chain model can help IT security teams put strategies and technologies in place to “kill” or contain the attack at various stages, and better protect the IT ecosystem.

The cyber kill chain was initially developed by Lockheed Martin, which co-opted the term “kill chain”, used to break down the structure of a military attack (either offensive or defensive) into a pattern composed of identifiable stages.

Intruder picks a target, researches it, and looks for vulnerabilities

Intruder transmits the malware via a phishing email or another medium

The malware begins executing on the target system

The intruder gains persistent access to the victim’s systems/network

While the original cyber kill chain model as envisioned by Lockheed Martin is a helpful starting point in trying to model and defend against attacks, as with any security model, keep in mind that every IT deployment is unique, and intrusion attacks do not, as a rule, have to follow the steps in the model.

Over the years, the attack landscape has shifted, and many have argued that the cyber kill chain, while helpful, needed to be updated to accommodate the reality that the traditional perimeter has shifted—some even say it has, in many cases, vanished.

According to Forrester Research, approximately 80% of security breaches today involve privileged credentials. To better illustrate the privilege threat component of modern cyber-attacks, in 2017, BeyondTrust published an updated model of the cyber-attack chain, along with guidance on how to dismantle an attack each step of the way.

Here are the key parts of the BeyondTrust Cyber-Attack Chain model, along with tactics to disrupt the attack at each phase.

These are the early attempts to gain access to an IT organization systems and data. Typical techniques include:

This stage is where an attacker looks to escalate privileges, and hijack other privileged passwords/accounts.

Here, the hacker attempts to move through the system by acquiring more privileges/privileged accounts, and to find other exploits and weaknesses. Ultimately, the intruder zig-zags through the network, user accounts, data, and systems as necessary to achieve their goal(s).

Although the cyber-attack / cyber kill chains aren’t the only way to understand attack vectors and security risks, these models do provide useful frameworks for reducing cyber exposures. By applying the right layering of cybersecurity controls, organizations can get better at preventing attacks altogether, disrupting in-progress attacks, and minimizing the impact of a breach should one occur. 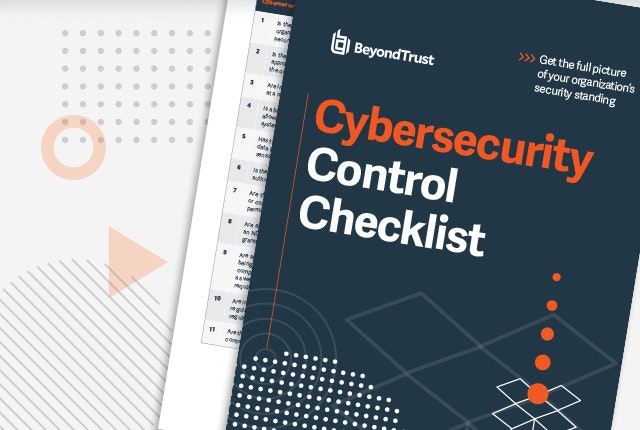