Celebrating the Forefathers Of IT 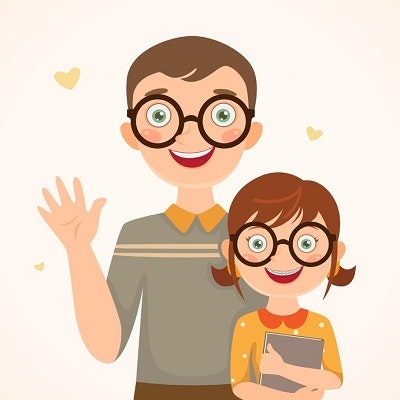 Today’s tech can connect you with anyone, anywhere in the world. By the minute, our world is getting more connected and increasingly in tune with our modern, on-demand, on-the-go lifestyles. There are countless organizations and individuals alike responsible for the innovations fueling this transformation. As Father’s Day approaches, we thought we’d look at some of forefathers behind these trends. From the creator of the Internet to the first chat platform, join us in celebrating some of the #1 ‘IT Dads’ who paved the way for technological innovation as we know it today:

At 66 years old, Steve Wozniak has been named as the “Original Geek” by Fortune. Also known as “Woz,” he co-founded Apple with Steve Jobs and invented one of the pioneer computers, the Apple II. Since his early days with Apple, Woz has seen the evolution of Silicon Valley’s culture and the transformation of the Apple computer. Over the years, he has truly lived up to his reputation as an IT industry mentor with his life philosophy of happiness and fun. In fact, he wants to be remembered for the quality of his work and the intrinsic value of his achievements. In a recent interview he noted that he’d like “Happiness=smiles-frowns” engraved on his tombstone. Woz’s spirit of geeky innovation is inspiring and has encouraged many after him to create for the sake of creating.

Tim Berners-Lee, founder of the Internet

Tim Berners-Lee, engineer and computer scientist, invented the World Wide Web in March of 1989. However, his journey to industry pioneer was not always clear cut. Like all things, the origin of today’s Internet started with a great idea. When working for a private contractor Berners-Lee proposed a project to share information among researchers across the world. He designed the first web browser, and introduced the concept of nodes and hypertext as well as domains. In 1999 Berners-Lee stated, “the web is more of a social creation than a technical one. I designed it for social effect – to help people work together – and not as a technical toy.” His great idea turned into an invention that changed the world.

In 1973, Doug Brown and David Woolley created the first online chat platform called Talkomatic on the PLATO computer system at the University of Illinois. Over two decades before the World Wide Web, the technology was designed for the university’s computer-assisted instruction system. Brown and Woolley’s invention laid the groundwork for the rise of online forums, message boards, email, chat rooms, beloved ‘90’s instant messaging, remote screen sharing, gaming and the creation of the online community.

Martin “Marty” Cooper, is an American engineer and the inventor of the first cellphone. Cooper invented the first handheld cellular mobile phone when working at Motorola in 1973 with the intention and desire for people to talk on the phone away from their cars (competitor AT&T was focusing on developing car phones at the time). Cooper’s story is one of innovation and creativity, but also one of great ambition. Cooper rose through the ranks to become VP and corporate director of research and development at Motorola. He is not only considered the “father of the cellphone,” but also a forefather of IT and communications. In an interview with CNN, Cooper said that the first cellular call was made from Cooper himself, ironically (or not so ironically), to rival Joel Engel, head of the cellular program at AT&T at the time. Cooper is 89, still witty and even tweets: @MartyMobile.

Fernando Corbato, former computer science professor at MIT, pioneered the first password in the early 1960s to “protect against casual snooping.” Since then the password has evolved tremendously. Due to all the recent password breaches and measures to keep consumers and businesses alike safe, Corbato is reluctant to take credit and has noted it’s become a nightmare. However, it goes to show that shared logins and password theft is not a new phenomenon.

Last but not least, Larry Page (named one of the 30 most influential people in tech) and Sergey Brin co-founded Google in 1996. The duo invented the search engine as a research project when they were PhD students at Stanford University. Originally, Google was called BackRub, based on its ability to analyze the back links of websites. Page and Brin renamed their search engine “Google” when they misspelled the word “Googol,” which is the large number 10100. According to a 2003 article on the founders; “the name reflects Google’s mission to organize the limitless amount of information on the Web.” The most appealing part of the invention according to Brin, was that it tackled the web and represented the power of human knowledge. With their PhD project, Page and Brin paved the way for future collaborations between innovators.

Thanks to these great innovators, and many others, we now have the world at our finger tips. So this Father’s Day, as you reflect upon all the men who shaped and influenced your life, take time to also appreciate the forefathers of IT. Without them, so much of what we take for granted daily would not be possible—including many of the gifts you may give and get this weekend!