Operational Technology (OT) Cybersecurity – What should be Prioritized?

Identifying the priorities for cybersecurity investment can be a nightmare in any environment. The challenge becomes even harder in industrial, critical infrastructure or other environments for which installations are expected to last a long time. Such operational technology (OT) environments are likely to contain a diverse amount of highly-specialized, exotic, and expensive equipment.

If a company buys a new laptop, it might expect to keep it in use for 3 or 4 years. However, if a company (or government) builds a new railway, gas pipeline, manufacturing plant, nuclear power station, or air-traffic control system – it would be hard to recover the investment unless it can continue to use that asset for several decades.

Most operational technology environments are a blend of vastly expensive hardware run – at least to some extent – by dated and vulnerable software.

From the hacker perspective, there are no other targets that are quite as attractive to extort. The only downside for the would-be ne’er-do-well hackers is the high probability that, after the event, government agencies will most likely hunt you down without mercy.

In the past, one solution to OT cybersecurity was to air-gap the operational technology. This was especially true for environments that inherently lent themselves to physical security. For example, a nuclear power plant must have great physical security – which meant that keeping networks isolated from ALL outside data connections was a viable plan. The air-gap strategy becomes less viable now that a single interloper infiltrating a closed network with a mobile 5G device can achieve connection speeds of up to 20 Gigabits per second.

The list of OT cybersecurity challenges is long – and the list of suggested solutions is even longer. The big question is: What are the cybersecurity investment priorities in an Operational Technology environment?

It is easy to be convinced that securing OT environments is an impossible task.

In my on-demand webinar When Operational Technology Cybersecurity Goes Wrong, I explore the main cybersecurity challenges and trends facing OT environments. Then, I leverage my own OT experience as an auditor and security manager to unpack two of the most notable operational technology *outages*.

What went wrong? Was it just one thing or was it a series of gaps? What would those organizations do differently if they could go back in time?

By examining and analyzing these events – can we learn what the real cybersecurity investment priority should be for each of the organizations? Spoiler alert: Yes – we can.

As it turns out – each of those environments had one thing in common. Watch the webinar now and find out where I think they got it wrong. 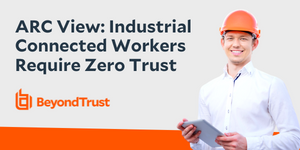 Raef Meeuwisse is one of the most popular authors in the field of cyber-security and social engineering. Raef’s titles include the global best-seller, ‘Cybersecurity for Beginners’, the frequently evolving ‘Cybersecurity to English Dictionary’ and ‘How to Hack a Human’; an exploration of how easily us humans can be controlled and influenced. His experience includes running eight digit security budgets, consulting on security at over 50 different organisations, designing a multi-million-pound security software platform, training as a hypnotist (yes, you read that correctly) and occasionally flying helicopters.

In addition to making public appearances at countless conferences across Europe, the UK and the US, he is also a frequent provider of commentary for multiple technologies and mainstream news outlets and has appeared in Infosec magazine, ZDNet, TechTarget, TEISS and on Sky News.